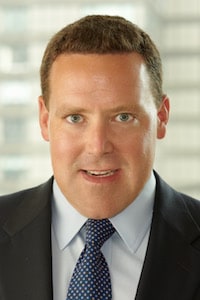 Christopher J. Gray has spent most of his career representing individuals and small businesses- almost exclusively as plaintiffs- in complex litigation, arbitrations, class actions, and trials and appeals in state and federal court.

In court, Mr. Gray has achieved notable results for his clients in many instances. In 2011, Mr. Gray and co-counsel obtained a pre-judgment attachment of $72.4 million against a now-defunct hedge fund known as Amaranth that had sought to distribute the $72.4 million to its feeder fund investors (including offshore entities) and also to its former employees as deferred compensation. See In re Amaranth Natural Gas Commodities Litig., No. 07-CV-6377 (SAS). In 2015-16, Mr. Gray served as court-appointed Co-Lead Counsel in Aleem, et al., v. Pearce & Durick, No. 1:15-cv-00085 (U.S. District Court for the District of North Dakota) in which plaintiffs recovered $5,100,000 from a law firm accused of violating North Dakota securities law in connection with an unregistered securities offering. In 2006-07, Mr. Gray served as court-appointed Lead Counsel in a class action in the Supreme Court of the State of New York, in which the plaintiff obtained class certification and secured a substantial recovery (that exceeded class members’ actual economic losses) for a class of shareholders of a former Nasdaq-listed corporation who were involuntarily cashed out pursuant to a reverse stock split. (Spring Partners, LLC v. Scharf, Docket No. 601004/05). Mr. Gray also represented approximately 300 clients in litigation under the Commodity Exchange Act arising out of a Futures Commission Merchant’s aiding and abetting of convicted Ponzi schemer George Hudgins. See Carey, et al. v. Hudgins, et al., U.S. District Court for the Eastern District of Texas Docket No. 6:08-cv-344.

Mr. Gray has significant experience representing investors in arbitration proceedings before the Financial Industry Regulatory Authority (“FINRA”, formerly the National Association of Securities Dealers) and the National Futures Association and has obtained substantial recoveries in a number of cases. In 2011-13 Mr. Gray obtained a gross recovery of over $1,000,000 in a FINRA arbitration proceeding and subsequent court proceedings on behalf of investors who alleged that respondent brokerage firm had sold them volatile mortgage REITs via misrepresentations and omissions of material fact. See Raubvogel v. Credit Suisse, FINRA Case No. 09-02906. In 2008, Mr. Gray obtained two arbitration awards at trial for investors in which the sums awarded substantially exceeded the investors’ actual losses in the accounts with the brokerage firms. See, e.g., Meier v. U.S .Financial Group, Inc., National Futures Association Arbitration No. 07-01185 (awarding investor defrauded by “churning” and excessive commissions a refund of all of his losses, plus additional punitive damages, jointly and severally against introducing brokerage firm and its employees and owners).

As an associate attorney with his former firm, Mr. Gray assisted in representing the plaintiffs in a class action in which plaintiffs obtained reportedly the largest recovery ever under the Commodity Exchange Act, $145.35 million. See In re Sumitomo Copper Litig., 194 F.R.D. 480 (S.D.N.Y. 2000) (Pollack, J.) (certifying non-continuous class period of over two years). In 2002, the firm’s senior partner and Mr. Gray obtained a $1.01 million jury verdict in an action under Section 10(b) of the Securities Exchange Act of 1934. (Herbert Black v. Finantra Capital, Inc., S.D.N.Y. Docket No. 02-CV-6819 (JSR)). Mr. Gray also investigated, filed and argued procedural motions in In re Avista Corp. Sec. Litig., U.S. District Court for the Eastern District of Washington Docket No. 02-CV-328 (FVS), a securities class action that was later settled for over $9 million.

Mr. Gray holds a J.D. degree from Georgetown and a B.A. from the University of Wisconsin.

Mr. Gray is married with three children and resides in Greenwich, CT.

Contact Us
Practice Areas
Client Reviews
★★★★★
Chris did a great job with my case. He managed my expectations in the beginning of the process, consulted me along the way and always made sure I knew the advantages and disadvantages of decisions we collectively needed to make. He is very knowledgable about the finanical industry and how they work legally, which very much helped me and my legal initiative successful. Chris is straight-forward and doesn't mess around. I was very please with his professionalism and the outcome of my case, and would recommend him to anyone that is pursuing action against any company in the financial services industry. Greg
★★★★★
Chris displayed extreme professionalism. His dedication, research, and concern for his clients pocket book was displayed to the fullest when Chris tried my case. His diligence and perserverance were rewarded when we won our case. I have reccommended Chris to numerous friends who have concurred with my positive assessment. Jay
★★★★★
Chris became my lawyer for a FINRA Arbitration case in 2008. He listened to my complaint, filed notice soon after and engaged an expert witness. We discussed mediation, found it to be agreeable and approached the defendant who at first agreed and at the last minute reneged. At all times Chris kept me informed of the process, costs and developments. Andrew
View More
Submit a Law Firm Client Review